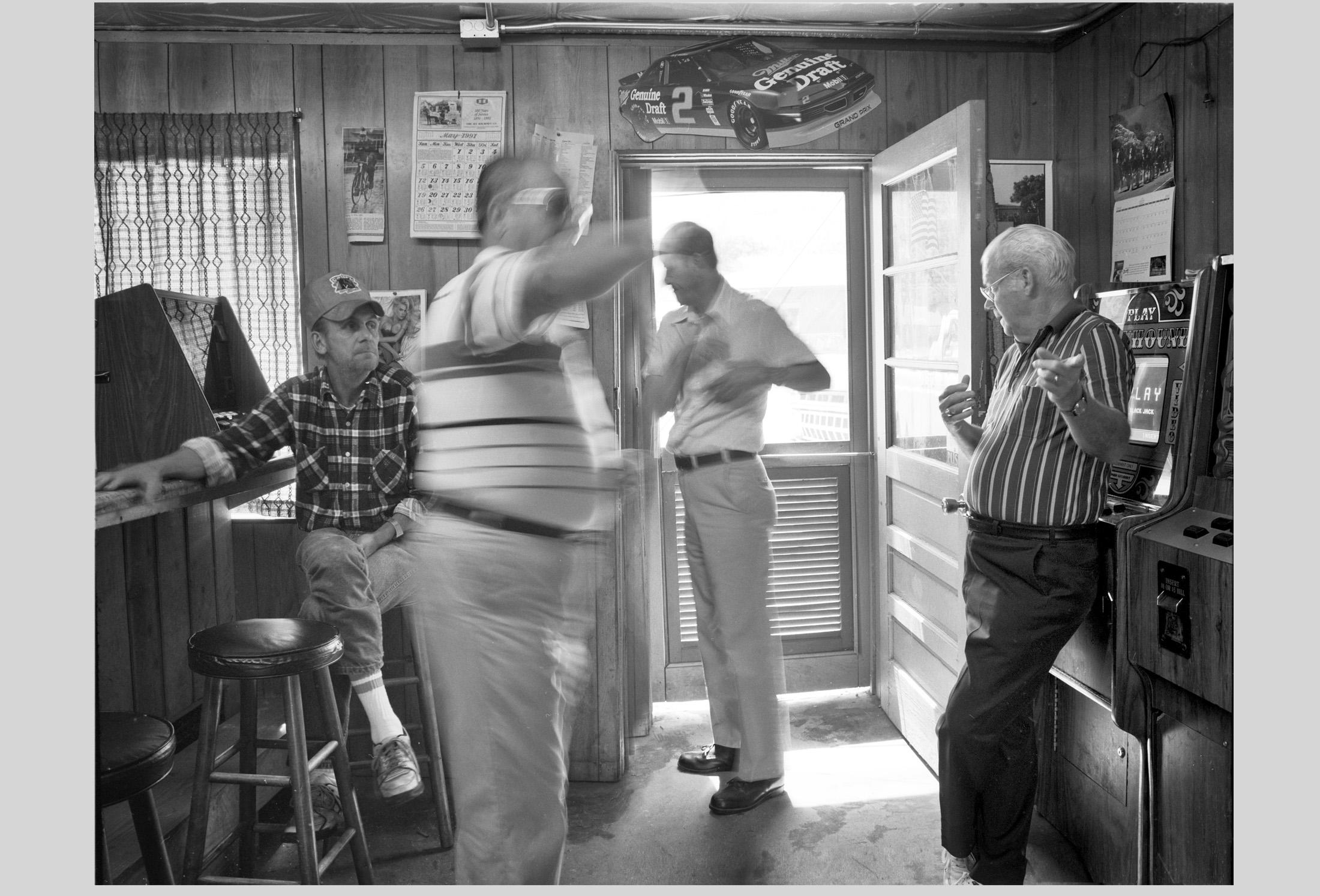 Trip to the Smokeys:

My friend John’s 57 Chevy had been sitting in parking storage for way too long. It needed some exercise.  Both of us photographers, we decided to gas up the Chevy, pack our cameras, and get our butts on the road.  We headed in the general direction of John’s friend in West Virginia, eleven hundred miles away.

After a full day of driving, we were filling that Chevy’s gas tank somewhere in the Smokey Mountains when I noticed a small tavern adjacent to the filling station. A sign outside the tavern advertised “down-home sub sandwiches.”  With the gas tank filled, hunger and curiosity converged. I grabbed my camera, pushed through the tavern’s side door, looking to get sandwiches for the road and take some pictures at the same time.  After asking permission to document the folk inside and getting a “that’s fine,” I got out my camera.  While shooting, two more gentlemen approached the tavern and came inside. Just then a noisy group of young people showed up outside the place. The rowdy’s got out of their cars, stomped towards the entry, but abruptly turned around and left. This is (roughly) what I heard the men inside say;

“Hey, they left as quick as they come.  Bunch of college kids.  Rough I’m telling ya.  Must’a been on break.  They looked like they were ‘bout to bust in.  Then they saw Don and Ralph come in here, whole bunch took off.”

I remember John and I both agreed.  Those sandwiches were darn good.